Firefighters have spoken out against an increasingly high number of attacks when they are called to an incident. Many crew members have reported being verbally or physically abused when they have been called to a fire, struck by thrown missiles, threatened, or otherwise intimidated. A firefighter recently commented that they are only ever there to do a job and protect the community, and that the attacks are completely unprovoked and unacceptable.

Firefighters are not the only ones on the receiving end of the hostility, either. Police and security workers are all too familiar with abusive members of the public, but paramedics, rescue services, and the fire brigade are also being targeted. Paramedics have spoken out against members of the public who make their job difficult by being threatening or violent when they are trying to help.

“It is beyond frustrating,” commented a firefighter in the Greater Manchester area. “We want to go home to our families like everyone else. The abuse really upsets my staff.”

The revelations have resulted in the issue being brought up in the House of Commons. Many support the notion that attacks on emergency services crew members should carry serious penalties. The BBC recently reported that the policy was given full backing and that tougher sentences will be implemented to protect crew members and punish perpetrators.

The emergency services are also taking matters into their own hands and incorporating greater security measures. The use of a body worn camera has become more commonplace in the police force and security industry, but now other emergency services are choosing similar solutions. Companies such as pinnacle response and other reputable brands provide body worn camera solutions that record incidents and can be used in court should the need arise.

The emergency services provide an imperative community service. When they are unable to do their job, the results can be devastating, including severe injury and loss of life, along with property damage. It is hoped that a combined approach of raised awareness, tough penalties, and security measures will help to reduce unnecessary risk for emergency service crew members. Staff members are already undertaking tasks that may place themselves at great risk, and it is hoped that these measures will protect and support them in their vital work. 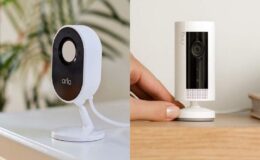